We are pleased to announce our acceptance by the Robert Bosch Corporation into their Bosch Service Center Program. We value their support and the opportunity to better serve our customers. The addition of the Bosch Service Center program will allow us to continue to provide our customers the highest quality service possible. This NEW service agreement now expands our reach to New Vehicle Warranty Coverage of Bosch components. Contact us for more information.

German Master Tech services, repairs, upgrades and offers restoration services for German, European Exotics and Enthusiast Cars from around the world. We are proud to staff some of the finest European auto technicians and restoration specialists on the west-coast. Our staff is fully credentialed & trained in their proper fields. Our expertise includes, but is not limited too: BMW, Mini, Porsche, Audi, Volkswagen & Mercedes-Benz.

We treat your vehicles as if they were our own. You can be confident in turning your keys over to our trusted and capable staff anytime you are in need of vehicle repairs, maintenance or sport tuning. 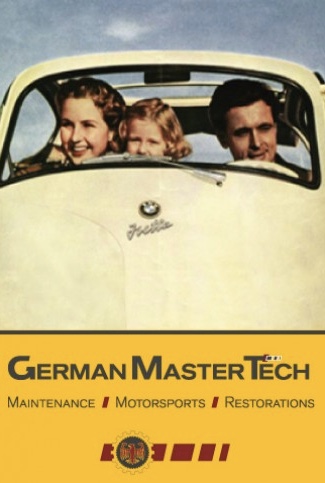 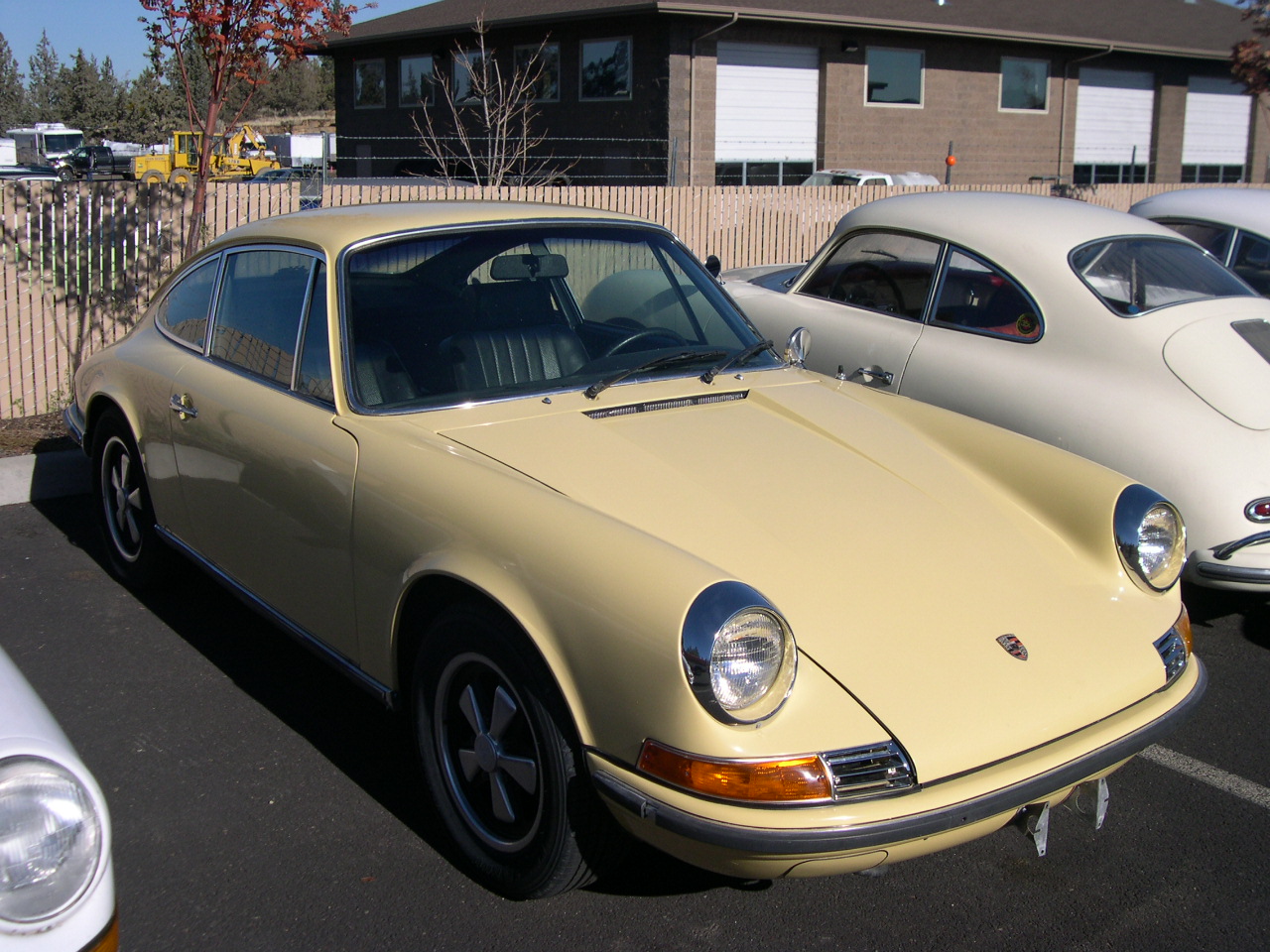 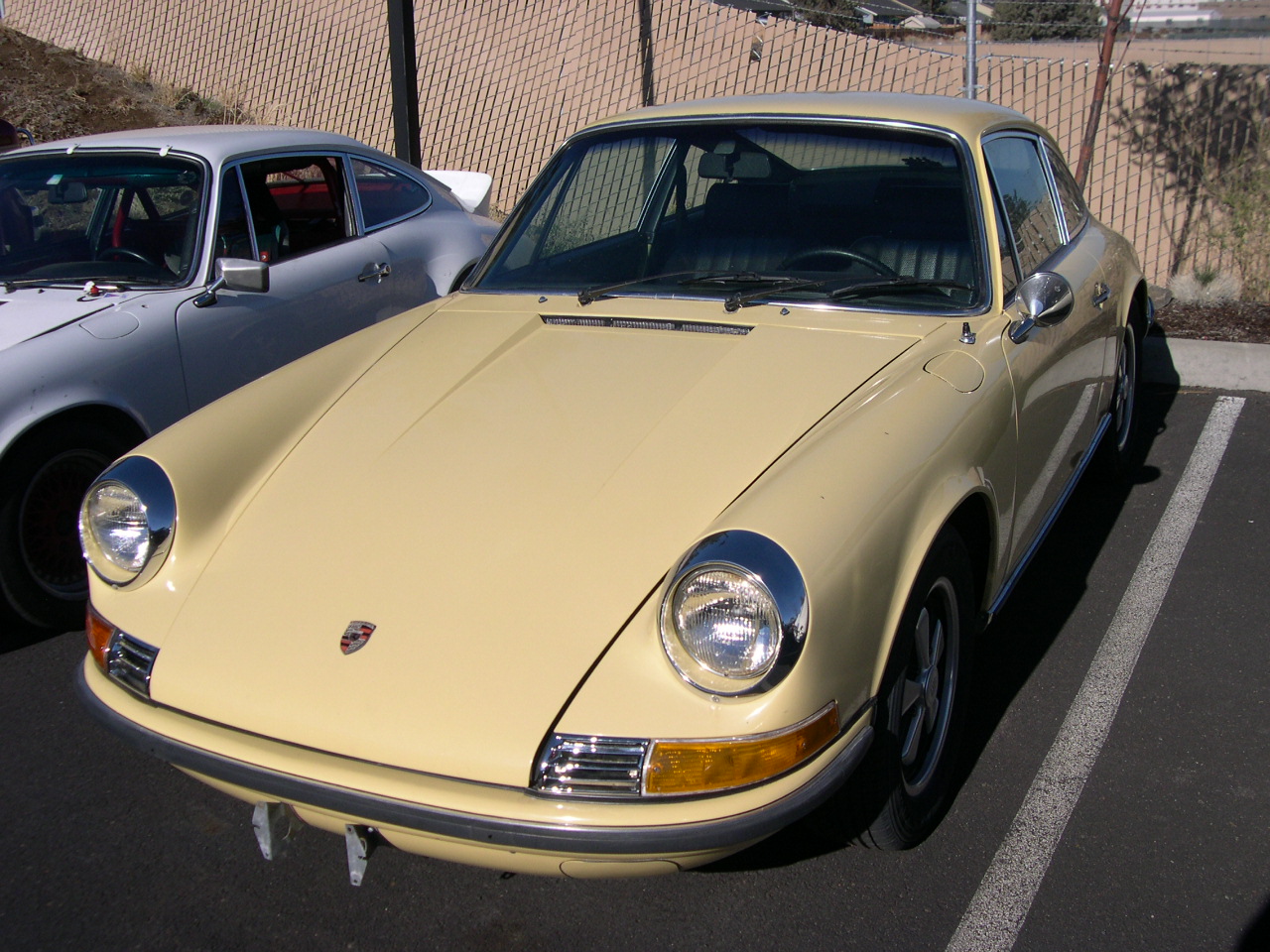 This slate gray 1967 911s is the 7th (among many other restorations) 1967 911s that German Master Tech has had the pleasure of restoring from the ground up.

In collaboration with Rothsport Road and Race, a 210 horsepower engine and close-ratio transmission were fitted into the Porsche. Overall, the car was built to be show-ready and show-winning. This show-winning capability was demonstrated in May 2021 at the PCA Fiesta New Mexico event.

With roughly 100 cars of varying years, 3 Judges looked inside, outside, in trunk and engine compartments of each of the cars. While the event was not the most serious of concourse, it was quite competitive. Receiving many compliments and good impressions, the 67S took the ‘Judges choice’ award (which was the top award that could have been presented). Overall, the car was both an eye-catcher as well as an award winner that showed its ability to best a 918, newer model speedster, and various other early cars.” 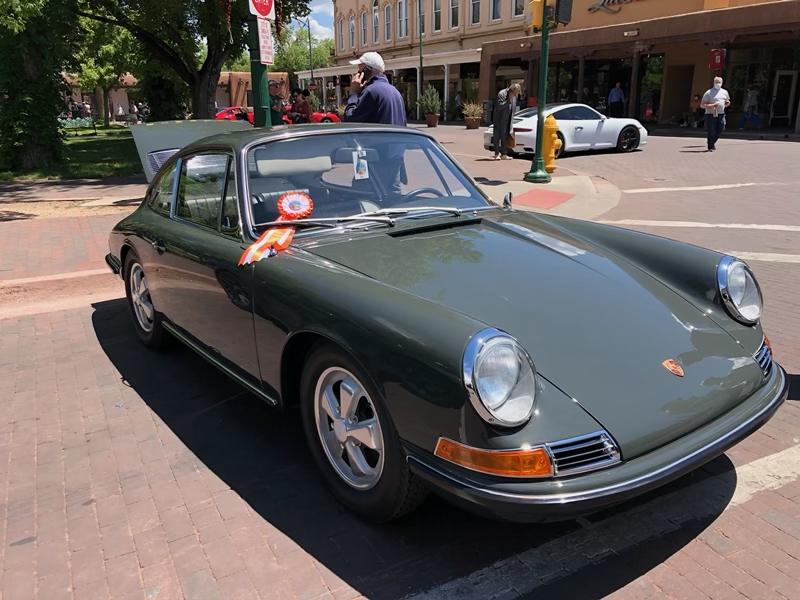 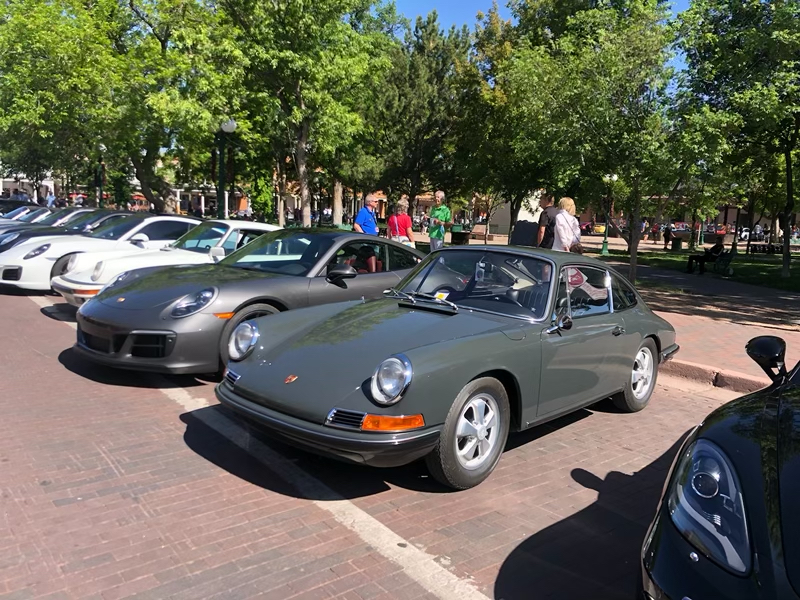 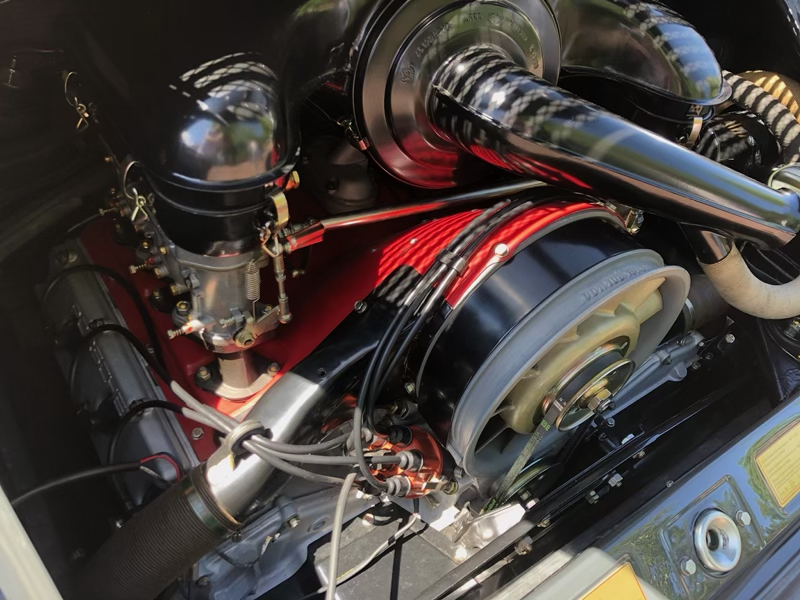 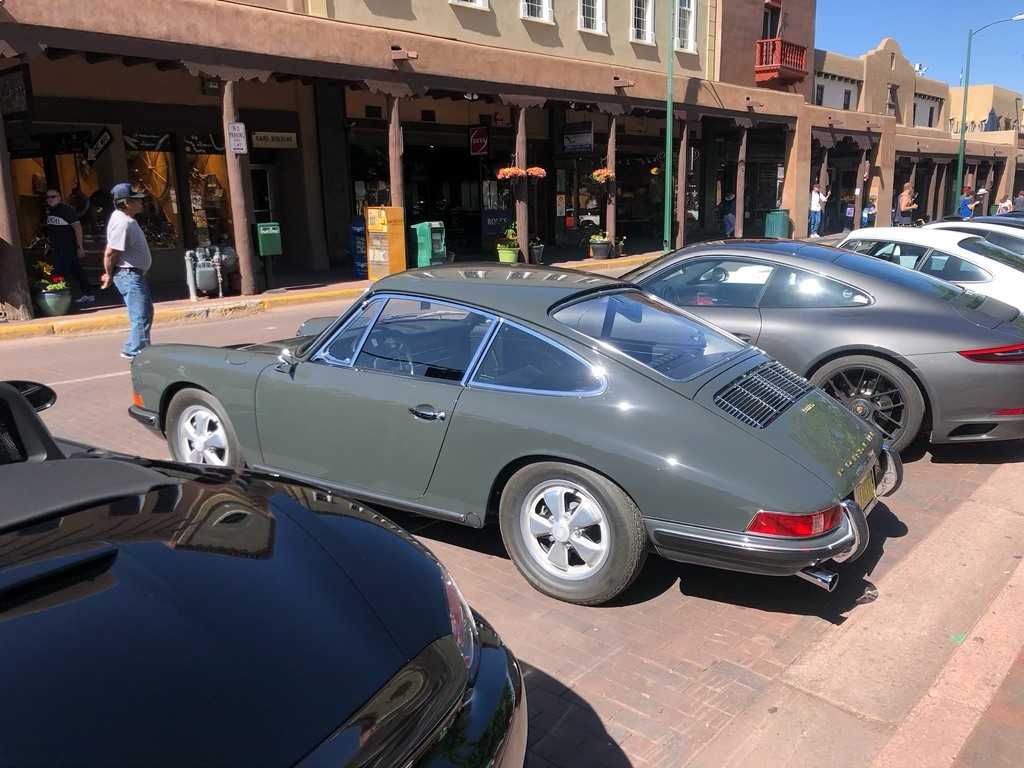 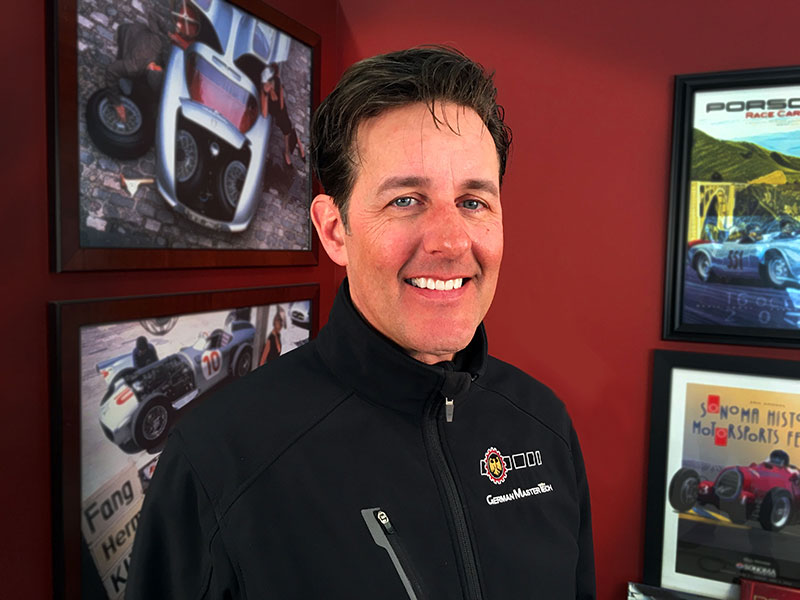 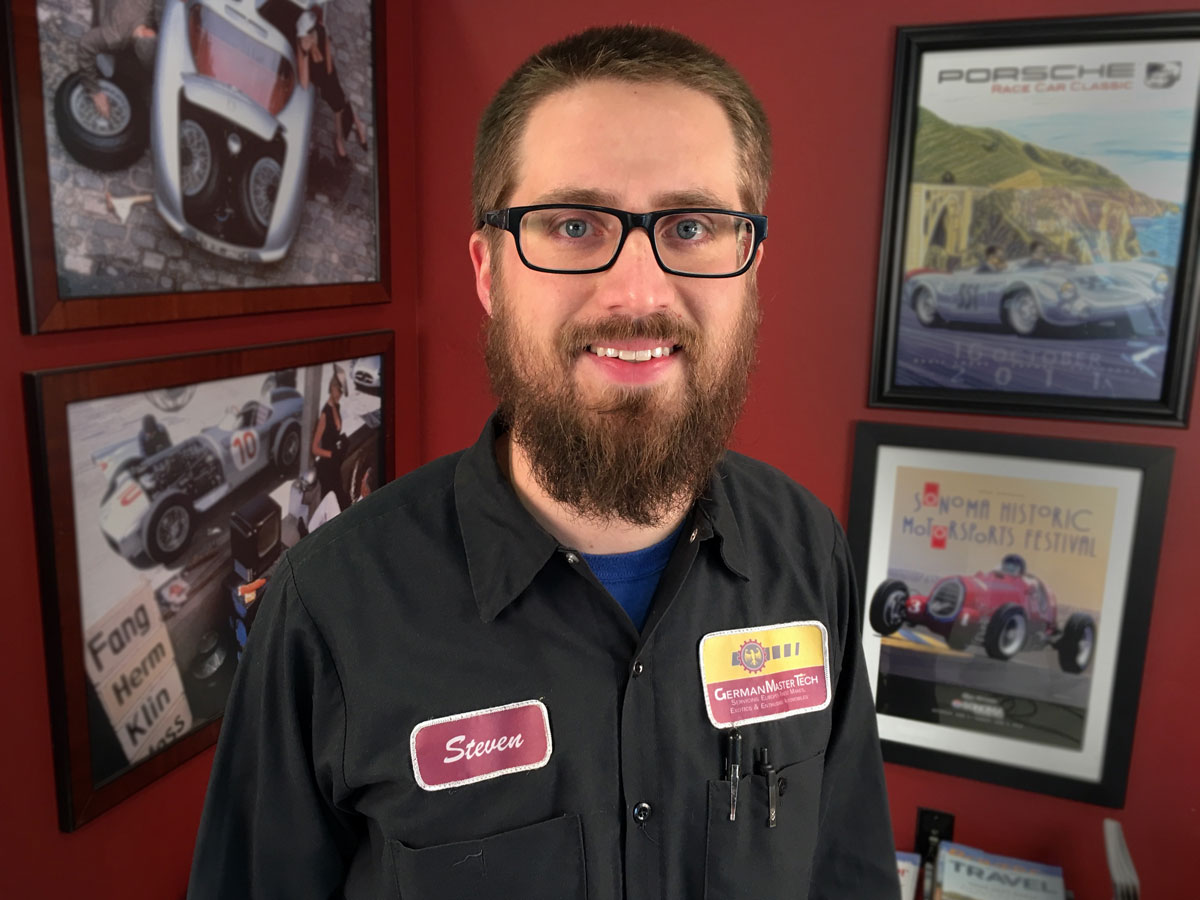 Steven graduated from Central Oregon Community College with an Associates of Applied Science Degree in Automotive Management. While attending school Steven was employed at German Master Tech as a shop assistant and through hard work and determination he has proven himself to be a highly skilled and knowledgeable member of the GMT team. With Six years BMW and Mini experience and his technical training he has reach the A.S.E. Master Technician title. Steven enjoys his career and looks forward to taking care of your vehicle. 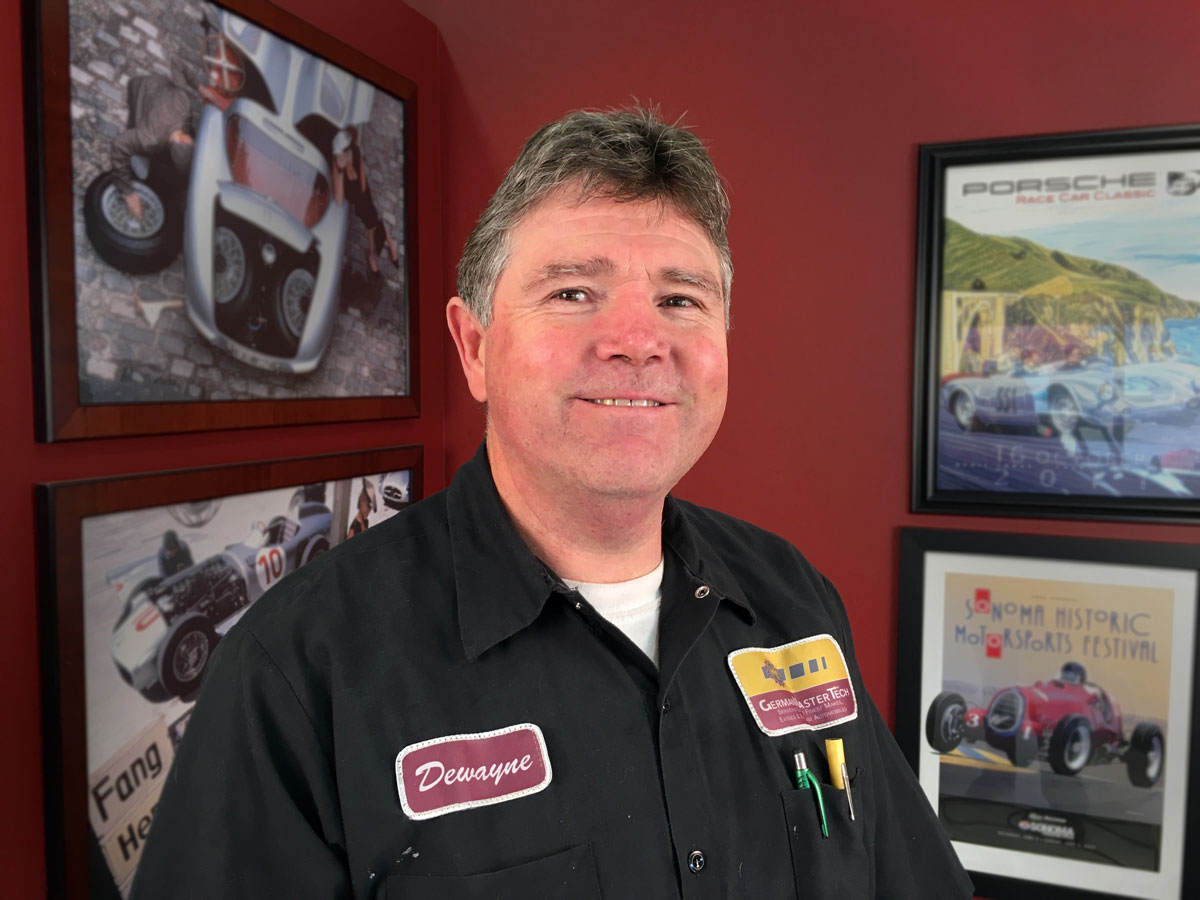 Dewayne was a career logger running his own small, yet successful, company. Timber prices dropped dramatically and Dewayne realized it was time to start a new career. Thankfully the Loggers Compensation Program was created. The program funded training so that displaced loggers could afford to get training in new fields. Dewayne chose automotive because he enjoyed the work he had been doing in repairing and maintaining all of the logging equipment. In 1999 he attended United Technical Institute and upon graduating the core program, he enrolled in the Audi Academy. Once his training was completed and certifications were issued Dewayne gained employment at Carrera Motors of Bend where he was a Volkswagen and Audi Technician. (2000 - 2008) He left Carrera Motors to join German Master Tech and has been happy to be a part of GMT team ever since. 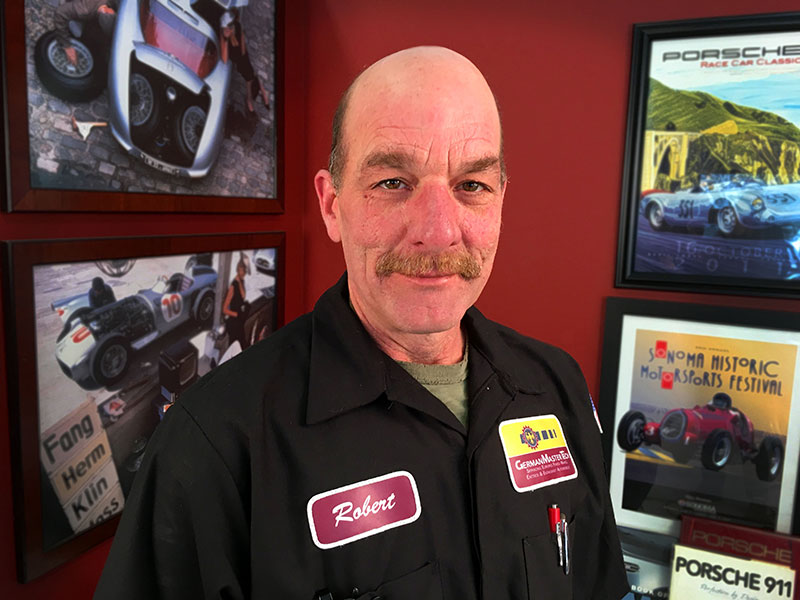 Robert is a born and raised Oregonian with 32 years of automotive repair experience. At the age of 6 he disassembled his first Zenith carburetor for his father! Starting in high school he repaired and maintained his own vehicles. After graduating he went into commercial fishing. Robert fished for two years then in 1985 started working at Sunset Porsche and Audi where he stayed until 1996. In 1996 he went to work for Carrera Motors (Now Kendall Auto Group) here in Bend. Robert has received countless hours of factory training, including hybrid systems, earning many many factory certifications. In 2017 he joined the GMT Team and we are all very happy to have him on board. He loves his career and his many years of experience shows in everything he does. 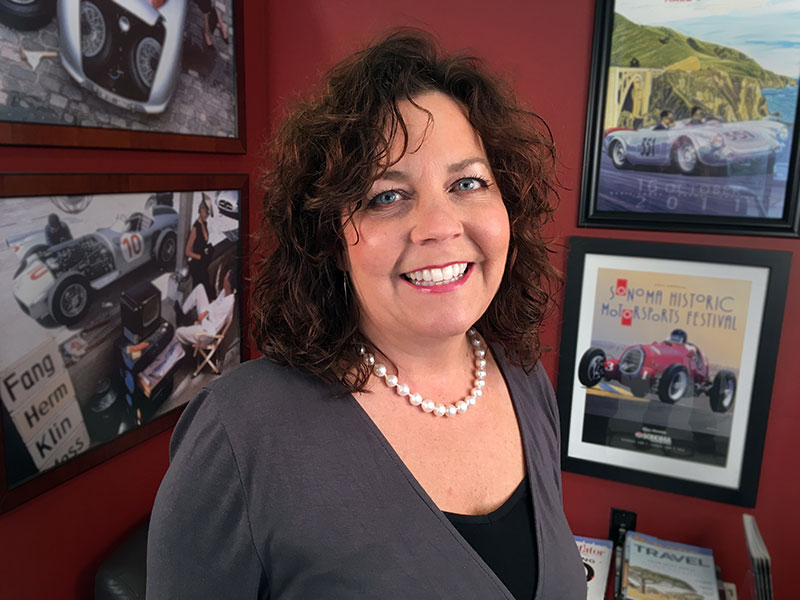